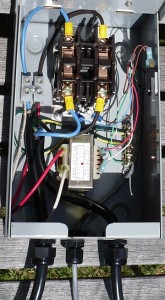 In CA, the public can report any Trade advertisement, to the Statewide Investigative Fraud Team (SWIFT), if lacking valid license number, or the term “Unlicensed” B&P 7027.
www.cslb.ca.gov/Resources/FormsAndApplications/AdvertisingComplaint.pdf

While municipal inspector’s “Stop Order” authority has mobilized law-enforcement assets upon unlicensed projects, the order was not enforced on licensed contractor, “U.S.-Sino Investment”.  In this case, the Authority Having Jurisdiction (AHJ) chose not to enforce the Stop Order before death occurred, and no arrest was made before the licensed contractor fled the country.

While public adversity to contractor exploits, and regulatory failure perpetuates demand for Owner-Builder Permits, in CA B&P 7044, so does economics if owners want control of sub-contractors, to teach themselves marketable skills, or learn to Flip Houses.  However, the subsequent payroll reporting errors, building code blunders, workers Comp., and licensing violations, give the insurance industry a windfall of legal cause to deny claims.

Property is lost to worker injury claims, since payroll with workers comp reporting is not practical for most owners, unless they possess a business already setup with employees.  Much less, do property owners prevent the painter, plumber, cabinet, counter, or tile guy from touching the electrical. Insurance can void claims caused by work performed by the wrong license.  The politically-conservative desire to keep government off private property lets Adam Smith’s “Invisible Hand” take everything they own, if insurance is given legal cause to deny claims.

CSLB is a Consumer Protection Agency that evangelizes contractor licensing, not necessarily license exceptions, under Owner-Builder Permits (B&P 7044), or the minor-work exception (B&P 7048).

Expecting unlicensed handypersons to be State-registered Journeymen, with proven continuing education units (CEU’s), much less limit themselves to small repairs, without helpers, is an unlikely self-regulated purgatory.  Protecting Home Owners from voiding Insurance Policy requires the ability to refuse work.  CSLB’s SWIFT division is more likely to demonstrate handcuffs to violators, and repeat offenders, who are ignorant of Property-Insurance Policy, or avoid the law.
www.cslb.ca.gov/Media_Room/Press_Releases/