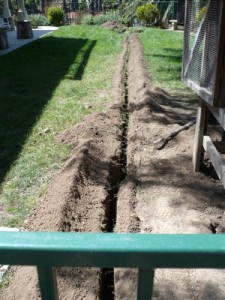 The consequences for consumers goes beyond financial exploit. Contractors that bid without permits, plans, or inspections, rely instead on UGLY’S ® or NFPA ® “ampacity tables”. Unfortunately, the temperature columns are invalid in many conditions, requiring a torturous-derating adjustment less intuitive than the engineering it was designed to replace.

Rather than recognize installers are better served by having access to skilled engineering & fee schedules for estimating, NFPA ® tables for idiots becomes the great equalizer, in regard to overheated conductors, as Contractors and their unskilled labor become indistinguishable from unlicensed hacks, owner builders, or other Do-It-Yourselfers (DIY).

The industry-wide lack of enforceable regulation has made use of exploited laborers so predictable, entire State judicial systems, such as Oregon, assume all contractors are guilty until proven innocent.

With licensed contractors exploiting unskilled or disgruntled employees, and the armada of unlicensed handypersons, side workers, trunk slammers, and weekend warriors –operating with no clue or credentials– failures and liabilities from new electrical installations are so prolific, cottage industries have formed for thermal-camera imaging, expert-fire investigators, and litigators for bad-faith insurers denying claims.